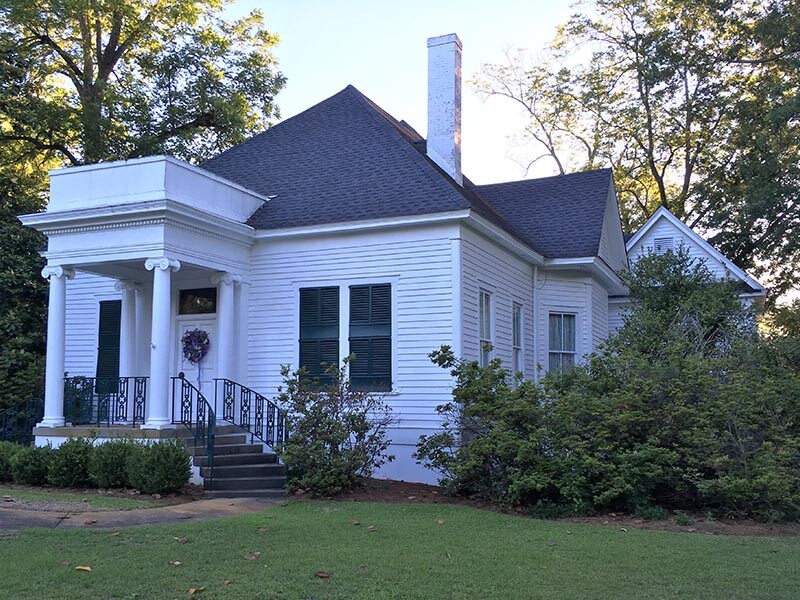 Built for Dr. E.L. Holmes, this house was later bought in 1921 by Gordon Chapman, owner of the local newspaper. A wrap-around porch was removed in the late 1950’s when Ellamae Ellis League designed the existing porch, an ionic portico with a cast-iron double horseshoe stairway under a hipped roof. Jane and Sam Smith purchased the house in 1971 and renovated it to meet family needs, adding a sunroom in the rear. Features to note are handmade tile in the kitchen, a painting by Georgia-plate designer Louise Irwin, some furniture original to the house, and several 18th century tables collected by the Smiths.