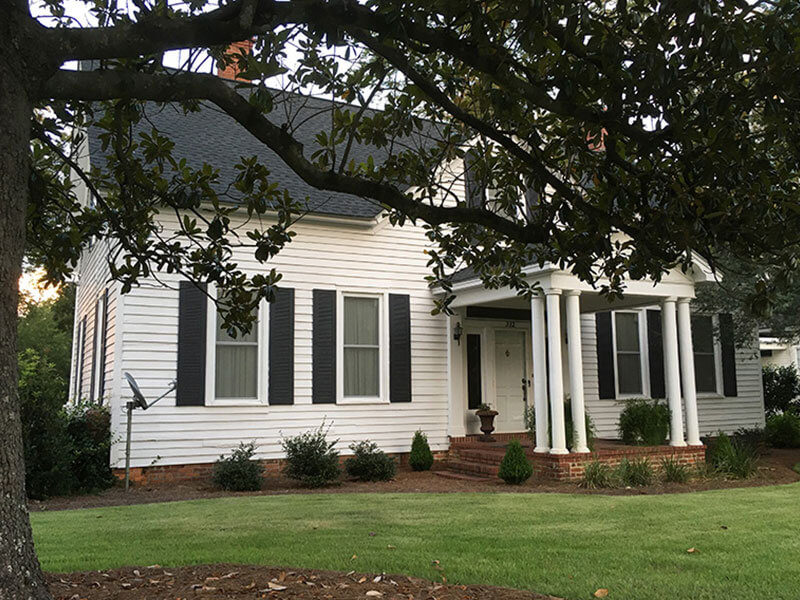 One of the first houses in Tennille, this was a four-room farmhouse. The supporting sill is one huge tree notched to accommodate two double-fireplace chimneys. Early owners, the A.E. Gilmores, called the place Elmwood. Lore has it that a Tennille store was moved and attached to become the out kitchen. Later the breezeway attaching the kitchen was closed in to become a laundry room. In the 1940’s, owners Louis and Kathleen Lockhart removed a wrap-around porch to create the current façade. In 1975 owners Pat and George Lyons renovated further. The late George Lyons’ extensive collection of antique American clocks is displayed throughout the house.